The first ever U.S.-Africa Leaders’ Summit took place in Washington earlier this week bringing more than 40 African Heads of State and representatives from the U.S. public and private sector. The Summit sought to strengthen trade and investment ties with Africa while highlighting U.S. commitments to security, democratic development, and the people of Africa. Despite concerns regarding the extent to which the Summit can bolster trade relations with one of the world’s fastest growing regions, the administration announced several deliverables. However, specifics for the realization of these goals remains unclear amidst questions regarding the Export-Import Bank’s reauthorization and fiscal uncertainty in Washington.

Here are some takeaways: 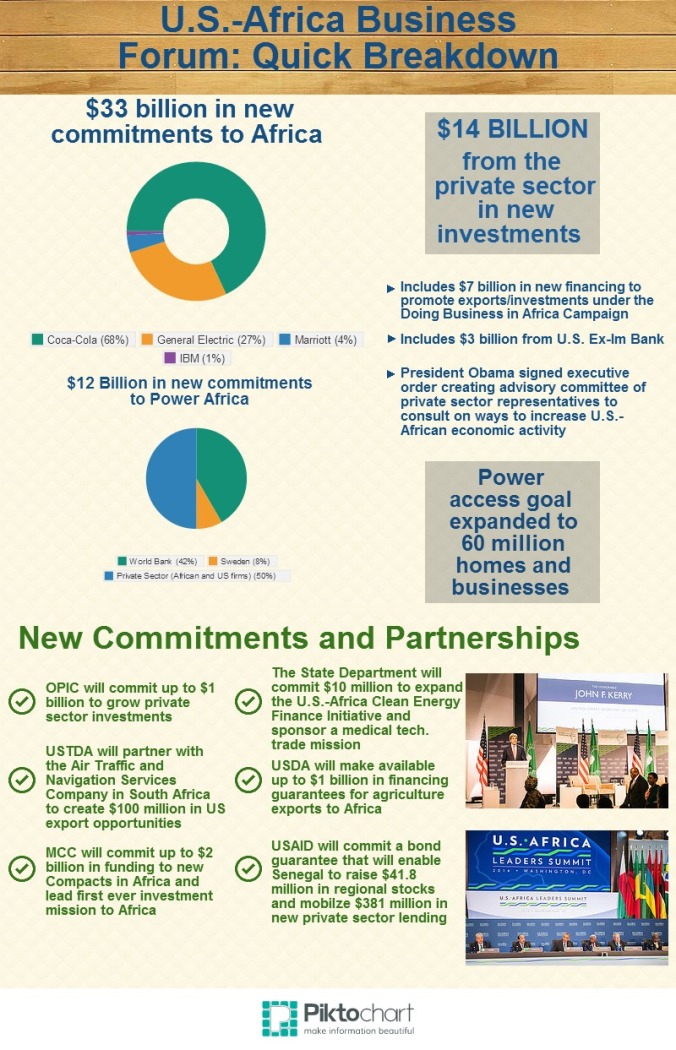 Photos courtesy of USAID and the State Department’s Flickr photostream used under a creative commons license.

Julia Marvin is a researcher with the Project on Prosperity and Development at CSIS.

One thought on “A Quick Breakdown of the U.S.-Africa Business Summit”