In order to provide some perspective on the shifting composition of development related financial flows over the last few decades, we assembled graphs using data from the UN Conference on Trade and Development to illustrate trends in Official Development Assistance (ODA), Foreign Direct Investment (FDI), and remittances. The numbers are compared for developing countries in three discrete regions: Asia, the Caribbean/Americas, and Africa.  After a quick analysis of the results, a few common themes are apparent: FDI now exceeds ODA flows for developing countries in all three regions, and ODA flows, long flat relative to FDI in Asia and the Americas, are now leveling off in Africa as well.

This new reality reflects a paradigm shift in how we should view development in Africa, and globally– ODA will continue to play a critical development role, but as a force to mobilize, direct, and augment the substantial financial flows sourced from elsewhere.  These snapshots illustrate clearly that the ODA “bull market” is a thing of the past, and development strategy must adjust accordingly. 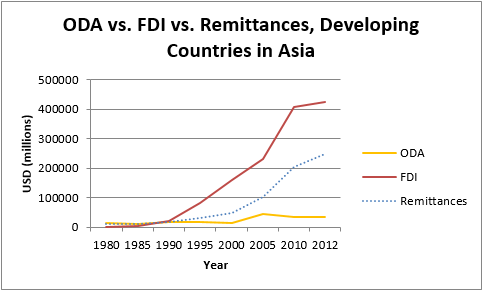 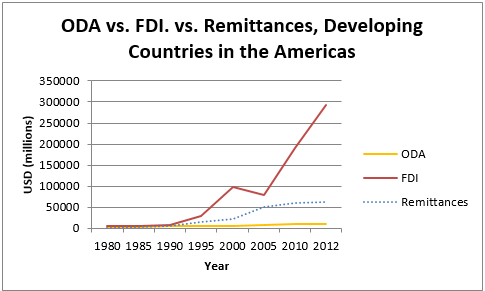 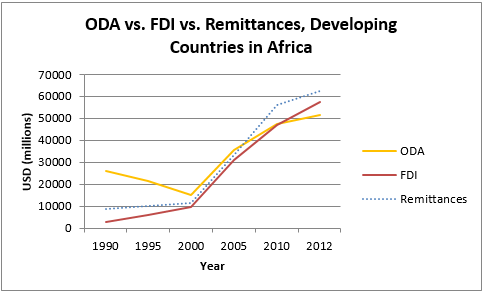 Michael Jacobs is a researcher for the Project on U.S. Leadership in Development at CSIS.

2 thoughts on “Where’s the Money: Financial Flows to the Developing World”