In 2010 the East African Community (EAC) created a common market protocol under which products and services can move freely between borders to enhance regional economic integration and global competitiveness. Last November the East African Business Council (EABC) led a successful initiative to extend the agreement to include the free movement of workers across borders. This allows cooks, accountants, engineers, and other service workers to work temporarily in Tanzania, Burundi, Rwanda, Uganda, and Kenya. The agreement integrates the service sector into East African economies, providing a needed source of sustainable development and employment for the region.

The initiative began with public-private dialogues supported by international development agencies, including The German Agency for International Cooperation (GIZ), the African Capacity Building Foundation, and the International Trade Center. The discussions identified the issue of labor mobility as an obstacle in the region’s plan for integration and development. Ugandan engineers hoping to work in Tanzania, for example, were not able to provide their services because of government restrictions and high taxation. Such stories prompted the EAC’s Council of Ministers to endorse the initiative to create a legal framework for free labor movement. 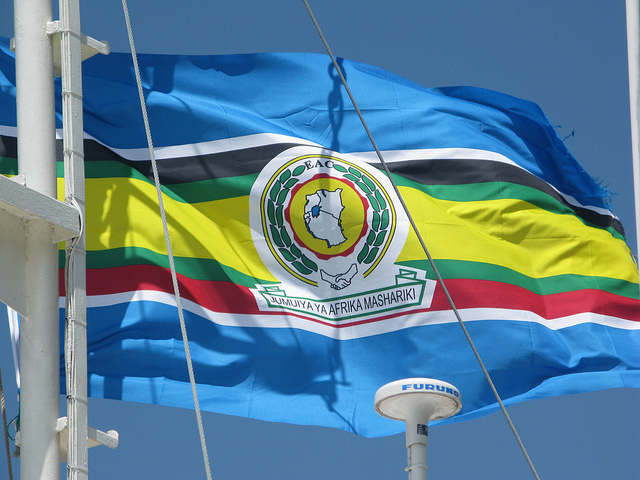 International commercial blocs around the world have similar free labor agreements; the Pacific Alliance between the governments of Mexico, Colombia, Peru and Chile is one example. The Lima Declaration of 2011 states that “the movement of business people and the facilitation of migration transit, including the cooperation with immigration and consular police” is a priority.

Free movement of workers across borders will increase regional competitiveness. Products and services will be held accountable to international requirements and quality standards, allowing East African business to become part of a competitive global market. The EAC represents a market of over $84.7 billion and 130 million people, but the international trade among member countries is limited compared to other trade blocs like NAFTA or the Eurozone. Institutional and regulatory barriers have prevented these countries from fully realizing the benefits of such an international trade deal.

According to the International Trade Center, trade blocs, particularly those where markets are heavily integrated, often lack a detailed understanding of trade rules. Thus, providing information to the public and private sectors and to civil society in member countries is crucial for maximizing the benefits of an international trade agreement. TradeMark East Africa provides this type of service for trade integration; they fill information gaps by hosting debates on initiatives like the free movement of workers agreement proposed by EABC.

Of course, there are obstacles in establishing a free labor movement agreement. There are language barriers within the region; francophone Burundi, for example, might not be able to capitalize on free labor to the same extent as other countries could. There is a general lack of skilled labor within the region. There are also major differences in trade capacity between member countries. Kenya’s exports, for example, are the most diversified in the area, including chemicals, fuels, machinery, and transportation, whereas some countries, like Uganda, have less developed industries and poor physical infrastructure. There are still large differences between the economies of the member countries, and establishing a free labor agreement could exaggerate the inequalities in some cases.

Despite those challenges, increasing trade capacity by establishing a free labor movement agreement will benefit both national and international economies in the region. Further integrating the East African markets by including the service sector in international trade will encourage competitiveness and economic development. East Africa will certainly see the impact of these new trade measures in the long-term.

Miguel E. Eusse Bencardino is a researcher with the Project on U.S. Leadership in Development.

One thought on “Free Labor Movement in the East African Community”