Yes: research shows that less equal societies experience slower and less sustainable economic growth, and that extreme inequality undermines social trust and national cohesion. These consequences can fuel instability and conflict and discourage long-term investment in national development. The new research has large implications for governments and international development agencies, especially in light of rising inequality in some of the world’s largest emerging economies.

In the BRICS countries, which have experienced solid economic growth over the last few decades, new data indicates that in addition to GDP, inequality is on the rise. The Gini coefficient measures the percent of national income (different from total wealth) earned by the top twenty percent of income earners, meaning that a score closer to 1 indicates more inequality as the upper quintile earns a disproportionately large share of salaries and wages. According to their own data, the BRICS countries report Gini coefficients of: Brazil: .5, Russia: .42, India: .37 (urban) and .28 (rural), and China: .47. In South Africa, one of the world’s most unequal nations, the Gini coefficient of .65 signifies that the richest twenty percent earns sixty-five percent of the national income. An Oxfam report on inequality in the BRICS group has similar findings, shown below.

Inequality as measured by the Gini coefficient in the BRICS countries and OECD average, for the early 1990s and late 2000s. Source: Oxfam

END_OF_DOCUMENT_TOKEN_TO_BE_REPLACED

Earlier this month, CNBC reported that Google is in negotiations to invest in Africa’s largest wind power project, which is set to break ground this Thursday. Located in Kenya, the $700 million Lake Turkana wind farm represents the largest single private investment in Kenya’s history. The expected 310 megawatt output could increase national energy capacity by 20 percent, filling a crucial gap in a country where more than 75 percent of the population lacks electricity, even after the government spends over one hundred million dollars per year on fuel imports.

The investment clearly makes sense for the forward-thinking tech giant, because more Kenyans with electricity means more people able to use Google products; the company’s strategy dovetails philanthropy with its core business interests by enlarging its long-term customer base. While Google has concentrated its renewable energy technology investments in California and the American Southwest, it also invested $12 million in the solar Jasper Power Project in South Africa in 2013, and the Turkana wind farm could be its second large-scale investment in African energy infrastructure. 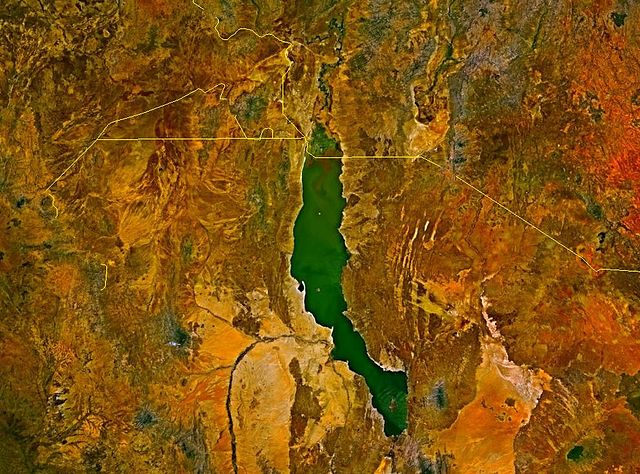 The wind array will be constructed on the eastern shore of Lake Turkana, pictured here.

Clean energy investments are a cornerstone of American foreign policy on the African continent, and the Obama administration has leveraged billions of dollars from the private sector and philanthropic foundations to scale up investments in clean energy innovation. President Obama’s flagship Power Africa initiative, housed in USAID, is the most notable for international development. By collaborating with African governments and private companies, Power Africa aims to add 30,000 megawatts of clean electricity generation and provide electricity to 60 million new homes and businesses. END_OF_DOCUMENT_TOKEN_TO_BE_REPLACED