The current Syrian refugee crisis has caused alarm across the globe, leading to political, economic, and security challenges. While the international community decides how to handle this problem, it is important to consider the next stages of the Syrian crisis, particularly for women. The case of Nagorno-Karabakh presents a grim vision of what could lie ahead if Syria lapses into a frozen conflict- a situation where violence has ceased, ending the “hot” conflict, but there has not been success in reaching a satisfying peace agreement.

Nagorno-Karabakh is a small strip of land internationally recognized as part of Azerbaijan though governed as a de facto yet unrecognized state plagued by violence since the 1990s. Due to its geostrategic position and rich natural resources, Nagorno-Karabakh has been home to conflict for hundreds of years; most recently, violence erupted in the late 1980s when Armenia claimed the land from Azerbaijan, leaving over 120,000 casualties and hundreds of thousands of internally displaced persons (IDPs) in its wake. Failed negotiations over the past few decades have left claims on Nagorno-Karabakh hotly contested, leaving hundreds of thousands forbidden from returning to their homes and producing no permanent peace agreements. 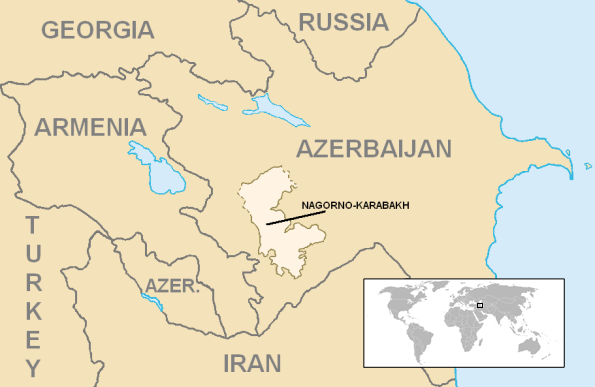 Despite intervention from a variety of development agencies and implementers, including USAID, the Armenian government, and NGOs, the people of Nagorno-Karabakh face the obstacles of frozen conflict daily with little possibility of improved livelihoods in their future. Currently, there are over 597,000 IDPs in Nagorno-Karabakh residing in camps only miles from their homes. These IDPs face a number of issues despite significant government and international assistance, and the aid of NGOs. Their primary concerns include “inadequate housing, precarious livelihoods, gender-based violence, segregated education… and IDP’s limited participation in decisions that affect them.”

Female IDPs in particular have suffered, as a post-conflict Nagorno-Karabakh reinforced the marginalization of women by excluding them from peace processes and encouraging anti-feminist and anti-gender equality campaigns. IDP women encounter domestic violence much more frequently than non-internally displaced women, and the normalization of silence and shame to preserve traditional patriarchal values reinforces their subjugation. Women are denied agency and influence, and their exclusion has harmed the peace process. Local women in the refugee camps of Nagorno-Karabakh can and should play a key role in regaining agency within these settlements, working towards peaceful negotiations, and increasing the efficiency of humanitarian assistance.

Although often excluded from peace talks, there is substantial evidence suggesting that women have positive influence on the peacebuilding process. Rather than focus on the refugee women of Nagorno-Karabakh as voiceless victims, NGOs, development agencies, and government assistance programs should refocus their efforts on making female IDPs equal and meaningful agents of change.

Development actors can and should make the choice to empower women in these camps by involving women prominently and directly in the peace process, normalizing feminist and gender-focused initiatives outside camps, and targeting women as key local stakeholders. Relevant implementers should better incorporate the UN’s Women, Peace, and Security agenda into their efforts, particularly the crucial resolution 1325, which calls for women’s full and active participation as agents in all aspects of the prevention and response to conflicts.

While these policy recommendations can be applied to other refugee crises, it is critical to note that no two crises are entirely alike. In the case of Nagorno-Karabakh, though complicated by its undetermined political and legal status in the international system, local and national governments must reassess the configuration of IDP camps to address the role of IDP women through:

As the largest type of donor to the Nagorno-Karabakh refugee crisis, NGOs have a key role to play in empowering refugee women. To empower female women and IDPs, NGOs can:

While the conflict in Nagorno-Karabakh is far from resolved, development actors can reduce female refugee and IDP vulnerability and simultaneously leverage women’s unique role in peace and security. If women are successfully empowered and included in peacebuilding and decision-making processes involving refugees and IDPs, Nagorno-Karabakh could serve as an important model for mitigating security and economic burdens associated with refugee crises.

Julie Snyder is a Program Coordinator with the Project on U.S. Leadership in Development.

Image used under the public domain.