Secretary of Defense Frank C. Carlucci transfers the rein of command of US Central Command from General George B. Crist (USMC) to General H. Norman Schwarzkopf (USA) on January 11, 1988

Former Secretary of Defense Frank Carlucci passed away last month. There is a generation who do not know his exemplary legacy of public service. For all those who remember him, Secretary Carlucci is best known for his later career as National Security Adviser and Secretary of Defense under President Reagan.  He is less known for his very important contributions to using American soft power to increase freedom and create deeper ties with allies while serving in Portugal; it is this part of his legacy that deserves more attention.

Before serving as a political appointee, Secretary Carlucci was a career ambassador and foreign service officer service in Africa and Latin America starting in the 1950s. But he really made a major contribution when he was ambassador to Portugal from 1975-1978. Secretary Carlucci was sent to Portugal during a period of utter chaos. From 1932 to 1968, António de Oliveira Salazar had ruled Portugal as a dictator, suppressing political freedom and establishing the Estado Novo (“New State”). Shortly after Salazar suffered a stroke and was replaced, 300 officers called the Armed Forces Movement and led by Francisco da Costa Gomes successfully completed a coup in what would be later be called the Revolution of the Carnations. By 1975, the Portuguese Communist party and other Marxist-Leninist groups had won virtual control of the government, and it seemed that all of the Lusophone and Ibero American countries in South America and Africa would fall to communism as well. 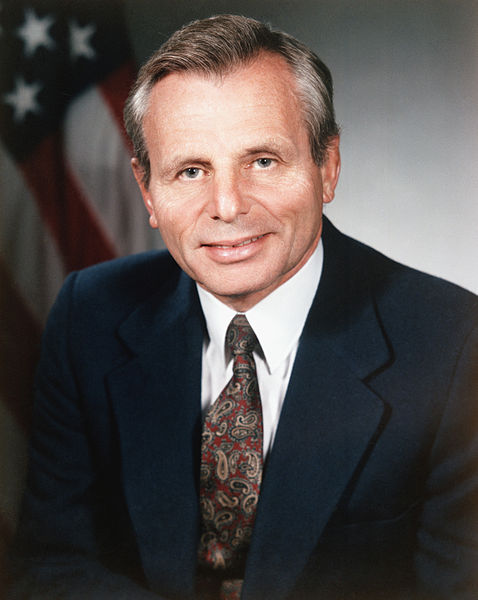 Official Portrait of Secretary of Defense Frank Carlucci on November 1, 1987

To this day, Secretary Carlucci is very highly regarded in Portugal for his leadership during the “Portuguese Revolution” of 1975-1976. Ambassador Secretary Carlucci famously remained in the country even after Otelo Sariva de Carvalho, a leading leftist member of the military, said they could “not assure his safety.” Leveraging USAID and other forms of American soft power, Secretary Carlucci was a key figure in Portugal’s democratization and ultimate election of its first Prime Minister, Mario Soares. According to an interview with Amb Carlucci by the Gerald Ford Foundation, “if Portugal hadn’t gone democratic, it’s really questionable whether Spain would’ve. And Spain set the pace for Latin America.”

Secretary Carlucci was also instrumental in the negotiations over the Azores islands in the Atlantic Ocean. The United States had stationed a fleet of planes at the Lajes field in the Azores islands since World War II. After the war was over, Portugal and the U.S. reached an agreement that granted the U.S. the right to use the Azores, while the Portuguese government retained ownership of the land and infrastructure. Our basing rights on these islands, near Northern Africa, have only grown in importance over the years.

Another part of Mr. Carlucci’s legacy in Portugal was his involvement with the Luso-American Foundation that continues to build ties between the U.S. and Portugal and the growing Lusophone (i.e. Portuguese speaking) world. At a time when the U.S. is considering how to maintain ties with countries that used to receive foreign assistance, the Luso-American Foundation is an example that deserves study and replication.

President Reagan named Mr. Carlucci national security advisor in 1986 and, just a year later, appointed him Secretary of Defense.  Though he is remembered primarily for these last two positions, it is the far-reaching impact of his time in Portugal that cements his legacy as a pivotal figure in the history of American foreign policy.