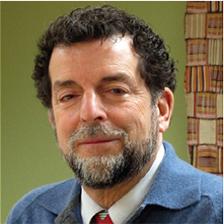 My friend and CSIS colleague, Michael Levett, died in his mid-70s over the weekend. A wonderful man who lived a truly interesting life, I feel cheated out of at least 15 years of friendship, and counsel.

Michael, a Californian, grew up in Los Angeles, went to UCLA and was editor of the newspaper there. He worked for the LA Times out of college for several years. He was active in Democratic politics in the late 60s and the 1970s. He volunteered or was paid staff on a number of Democratic and civil rights campaigns in California. Later, he worked for Lucas Films where he was a Vice President, contributing to the first three Stars Wars films (Episodes 4, 5, 6, of course) and the first Indiana Jones film. He knew George Lucas and all of the film stars and had wonderful stories about working with them. He helped developed the toys and commercial products that are associated with those films. Those toys were important totems of my childhood and of the childhoods of millions of other Generation Xers. I was fascinated about his pilgrimages to Bentonville, Arkansas to sell Wal-Mart on the idea of placing Stars Wars toys in each Wal-Mart. He also worked for a brief time for Dino DeLaurentiis, working on Dune and, I believe, Conan the Barbarian. Given his background, he was kind enough to see Once Upon a Time in Hollywood with me last September, a real treat.

At some point along the way, someone convinced him to move to Russia in the late 1980s. He believed that we needed to have dialogue with the Soviet Union and he voted with his feet. He organized rock music concerts and started a popcorn business in the Soviet Union becoming the “Orville Redenbacher of the Soviet Union.”

His experiences in Russia and his ties to Washington generated a phone call asking him to help run the Citizens Democracy Corps (“CDC”) in the mid-1990s. CDC was stood up as part of the Bush 41 Administration’s response to the end of the Cold War. It appointed a star board of American captains of industry and was funded largely by USAID at the beginning. CDC changed its name several times over the years and is now known as Pyxera Global. The original idea of CDC was: 1) private sector partnerships before these were common, 2) leverage the talents of volunteers at scale before this was “a thing” and 3) go where they were needed often to places that others would not go to. In the early and mid-1990s this meant the former Soviet Union and Poland including Central Asia, later this meant Iraq, Afghanistan and Africa. Michael spent at least 8 years travelling around the former Soviet Union, building partnerships with multinational companies, acquiring other NGOs, and diversifying CDC’s funding away from US Government funding. CDC, under Michael, were early adapters to leveraging the power of global supply chains for good, creating large scale volunteer programs tied to business activities for companies such as IBM, and creating new programming around the role of travel, tourism and hospitality as a driver of jobs and prosperity. Michael led CDC and its successor organizations for 15 years. Today Pyxera gets less than 20% of its money from the federal government and most from corporate sources.

In the early 1990s, he was the founding president of Business for Social Responsibility (BSR). Michael played a key role in mainstreaming “stakeholder” concerns including concepts such as “social license to operate” and “corporate social responsibility” when these ideas were very new and only had a toehold in the most progressive companies. Entire industries have sprung up because of the work of BSR championed and Michael pioneered. The recent statements by large investors and large business groups can be connected in a straight line from his work in the early 1990s.

At CSIS, Michael was a Senior Associate with the Project on Prosperity and Development for the last ten years. I saw or spoke with him at least every two weeks during that time. Given his experience and travel history, he was a constant resource for events and publications on a variety of international development topics. He brought a lot of ideas to the report we did in 2011 on development finance, titled Sharing Risk in a World of Danger and Opportunity. He also helped with a major report, Seizing the Opportunity in Public-Private Partnerships, that same year. In 2013, he was an advisor to a commission we did on the role of the private sector in development. At his instigation, we did a report on the travel, tourism and hospitality sector, Global Travel, Tourism, and Hospitality as a Strategic Sector for Development and Security. He served as an advisor to our task force on reforming and reorganizing U.S. foreign assistance in 2017, and he was a major part of our task force on confronting the global forced migration crisis in 2018, leading fact-finding missions to multiple countries. I have fond memories travelling with him to New York and Los Angeles various times. He traveled with some of my colleagues to Africa and elsewhere. His report on value chains, Maximizing Development of Local Content across Industry Sectors in Emerging Markets, is still read and is recognized as one of the few papers on this relevant and pressing topic. Offering his time and his talents to CSIS, Michael would provide comedic relief and adventure to everything he did. He took time to shepherd and share his experiences with young professionals at CSIS and throughout DC. He had strong, well-formed views and was wonderful to be around. He had a broad sense of the spiritual and the strong sense of what he thought was right or wrong and acted accordingly. Never far from a joke, Michael was a Mensch, and I am really going to miss him.

Economic, political, and social exclusion are intertwined. When considering the rise of nationalism and xenophobia across the world, we know that lack of economic opportunity, globalization and the fear of automation contribute to our collective anxiety. Social unrest and instability are exacerbated by growing inequity and inequality.

Today, the richest one percent of the world own half the world’s wealth. Add to the mix disruptive technologies like artificial intelligence, machine learning, robotics, and bio-engineering (just to name a few), and you have a new and much more polarizing digital divide emerging.

At the beginning of the twenty first century, we were obsessed with the idea that a digital divide would marginalize the most marginal. There are examples of this happening in many places but the catastrophe was largely avoided. What we didn’t fully appreciate was how quickly some technologies like the mobile phone and mobile networks would penetrate new markets, fall in price, and deliver services that benefit the rich and poor alike. It’s remarkable to consider the spread and speed of digital payments and financial inclusion in Kenya and Bangladesh, public service delivery through digital IDs through the India stack, and the use of remote sensing and AI to launch precision agriculture.

Having led efforts at Google.org, the World Bank, and the Aga Khan Foundation, I’ve learned that innovation thrives when constraints on private enterprises are lifted and governments are enabled by digital platforms, analytics, and data driven decision making. Technologies like AI can be drivers of economic, social and political inclusion rather than exclusion. But a more inclusive and tech-enabled model of development that moves us closer to realizing the UN Sustainable Development Goals will not happen by default. It will require forward-leaning policy makers, far-sighted investors and grant makers, civic-minded tech innovators and businesses, and a robust, digitally savvy civil society to work collaboratively for social and economic inclusion.

Unless we are deliberate about ensuring that these benefits are accessible to the poor, they will be left further behind. A second generation digital divide could be much worse and affect many more people than the first. We have seen firsthand how robots reduce jobs in manufacturing and how repetitive tasks are replaced by machine learning in industrialized societies. But remote sensing and AI in Africa and Asia can also help farmers know where to plant, when to irrigate and when to harvest to increase their incomes. Fintech has provided millions of previously unbanked people access to financial services.

So what can we do today to ensure that social and economic dividends from fourth industrial revolution technologies (4IR) are human-centered and shared equitably within society? How can we build on and amplify early success with AI in agriculture and water management, natural language processing in education and personalized medicine? Here are some initial thoughts each of which require further attention and work:

Perhaps it is time for a new social contract to emerge between citizens, businesses, and the state.

It is time we take a sober look at questions of equity and inclusion in society. Who stands to benefit most and how can we use the 4IR as a trampoline for inclusive and sustainable development? No institution can do this alone. It will take an ecosystem. It’s essential we act now in order to shape outcomes that are fair and equitable for all.