Visitors to Afghanistan today might see a visible sign of the nation’s progress toward gender equality – women walking to university.  While women were not allowed to attend university under the Taliban, today around 26,000 women participate in higher education. However, despite significant improvements in the past decade, critical challenges still impact Afghan women’s ability to fully participate in society. Lack of female empowerment is still a barrier to sustainable development in Afghan society, economy, and governance.

An upcoming opportunity to discuss further developments will be the Brussels Conference on Afghanistan, which will be co-hosted by the Afghan government and the European Union in October. This conference will be a chance for the Afghan government to share their vision, establish plans for the future, and discuss how the international community can help. To achieve the goal of equal access for women, Afghan leadership will need to first understand the status quo of women in Afghanistan and consider two key hindrances to gender equality. First, female government officials are figureheads instead of agents of change. Second, there is an empowerment gap between those women sitting in governmental offices and the majority that is still constrained by traditional conservatism. After looking at these challenges, stakeholders must decide what opportunities lie ahead? What else can be done to advance women’s integration and recognition?

END_OF_DOCUMENT_TOKEN_TO_BE_REPLACED 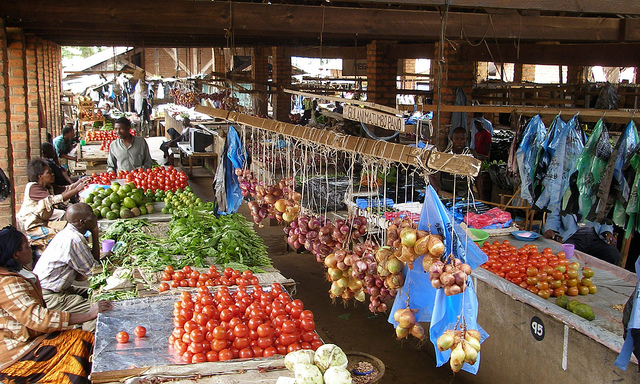 CSIS and the Rockefeller Foundation recently facilitated a multi-day dialogue at the Rockefeller Foundation’s Bellagio Center on Lake Como, Italy, which focused on the vital, unmatched role the private sector can and should play in creating and sustaining market-driven solutions to the wide-ranging problem of post-harvest loss, particularly in sub-Saharan Africa. The Convening’s participants clarified the role post-harvest loss (PHL) currently plays in the planning and decision-making processes of most of agriculture’s global and regional private sector: reducing food loss and spoilage is rarely if ever a specific focus of most companies participating in food product supply chains; rather, PHL is seen as an element or an outcome of strategies, practices, and initiatives adopted in pursuit of effective and sustainable supply chains. END_OF_DOCUMENT_TOKEN_TO_BE_REPLACED