In 1763 immigrants to the North American colonies had more secure property rights than a native-born Venezuelan does in the twenty-first century. Property rights in the U.S. were “constituted, secure, and out of reach of oppression from the most powerful” even before America’s independence. The concept of property rights runs in the blood of North America, fueling its market system, and helping the country to prosper. While the importance of having well-defined and strongly protected property rights is now widely recognized among policymakers, Latin America lags behind on securing the property of its people.

Property rights are the laws that allow individuals to manage, benefit from, and transfer property. Government enforcement of strong property rights is generally linked with more prosperous and developed countries. As the 2015 International Property Rights Index (IPRI) shows, the five best performing countries have an average GDP per capita of $72,000, whereas the five worst performing countries have an extremely low average of $3,900. The Latin America and the Caribbean region ranks just ahead of Africa, and countries with ongoing-armed conflicts like Nigeria or Chad have better protection of land rights than Argentina, Haiti, and Venezuela. Countries that flourish economically understand the difference between prosperity and poverty: property.

In Latin America, Venezuela and Argentina stand out for the consistent and institutional undermining of property rights. Venezuela, a country that the International Monetary Fund (IMF) identified with inflation of 720 percent this year, is ranked second to last on the protection of property rights in the region. In fact, more than 1,200 private companies were expropriated during Hugo Chavez’ administration from 1999 to 2013. Similarly, Argentina has a poor track record of respecting property rights. In 2012 Repsol, a Spanish oil group, underwent the traumatic experience of seeing its subsidiary unit in Argentina stripped from it by the government of President Cristina Kirchner. The expropriation of private property is the perfect recipe to frighten off investors. With few exceptions like Colombia and Peru, Latin America has seen major capital flows trying to reach other, more investor-friendly regions. 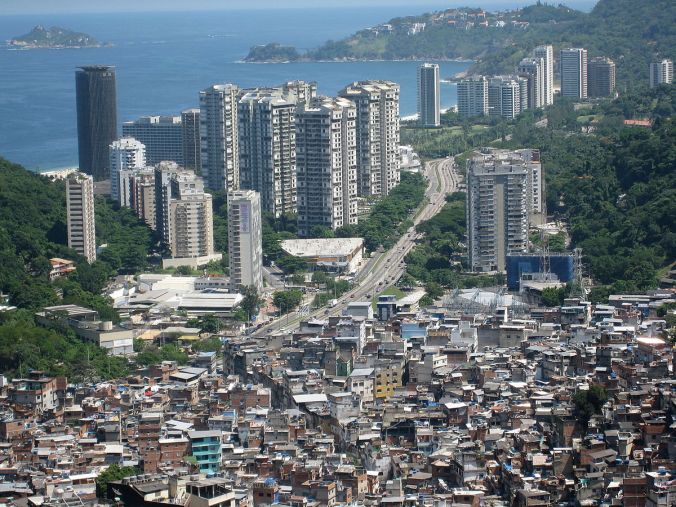 Brazil has a significant slum population and weak property rights, leading to a large informal economy.

On the other hand, Peru’s success in reforming and improving its property rights has helped to transform the country into one of the best-performing economies in the region. In the 1980s, the Institute for Liberty and Democracy (ILD) helped to move Peru’s street vendors, transport drivers, poor farmers in remote areas of the Andes, and millions of other participants in Peru’s huge informal sector (or the “extralegal economy”), into the legalized economy. Policy reforms like simplifying administrative processes, improving access to public information, unifying business registries, and democratizing rulemaking have helped make Peru the second highest ranked country in Latin American and the Caribbean in the World Bank’s 2016 Doing Business report. Hernando de Soto, ILD’s founder, affirmed that they have received more than 44 requests from reform-minded governments from all over the world seeking to learn from Peru’s positive experience on protecting property rights. As a matter of fact, this kind of policy reform put Peru ahead of countries including Canada, the UK, and Japan on the Registering Property Indicator of the 2016 Doing Business report. END_OF_DOCUMENT_TOKEN_TO_BE_REPLACED