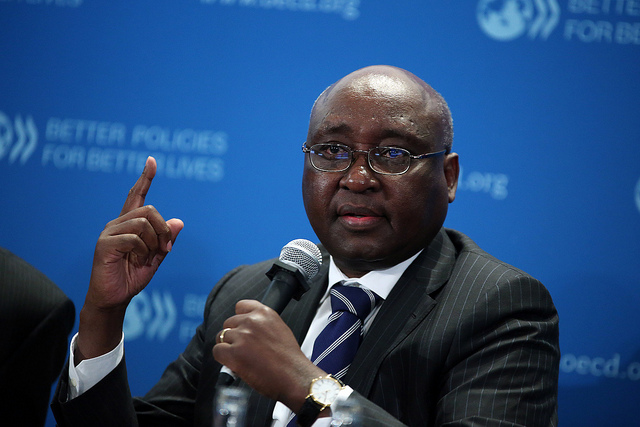 Last week I was in Abidjan, Ivory Coast (currently and thankfully “Ebola free”) and had the opportunity to spend time with the board and the senior management of the African Development Bank. The bank was founded by 23 African countries in 1964, and today has authorized capital in excess of $43.5 billion. The United States joined in 1983, and is the bank’s largest non-regional shareholder. Over the next ten years the AfDB will face unique opportunities as well as unprecedented challenges to relevance. The new President slated for selection in 2015 should be chosen with these challenges and opportunities in mind.

Donald Kaberuka, a former Rwandan finance minister, has led the ADB since 2005. Mr. Kaberuka oversaw Rwanda’s post-conflict economic recovery, and is well-regarded in both Washington and Africa. At the time of his selection, he was seen as the choice of the African “francophone” countries (French is one of AfDB’s two official languages) despite the fact that Rwanda’s official language is now English. His tenure is limited to two five-year terms, the second of which will conclude in May 2015.

As President of the AfDB, Mr. Kaberuka pushed the bank to approve a ten-year strategy focused encouraging private sector activity to absorb the 15 million young people that join the work force every year in Africa and programs that address the nexus of food, water and energy. To achieve these goals, his board approved an operational orientation that targeted: