For decades, Laos’ economic development and relationship with the United States has been strained by unexploded ordnance (UXO), a legacy of the Vietnam War.

Roughly 30 percent of the two million tons of bombs that the United States dropped in Laos during the Vietnam War failed to detonate on impact. To date, only about one percent of affected land has been cleared and over twenty-thousand people have been killed or injured by UXO since 1975.

However, in January 2014, Congress allocated $12 million in funding towards UXO assistance programs in Laos as part of the omnibus spending bill, four times the average annual UXO budget from 1995-2013. This creates an opportunity for the United States to address a key flashpoint in U.S.-Lao relations while making strategic development inroads with the largest single benefactor of Chinese investment in the region.

Since the end of the bombing in 1975, the United States has provided $74 million in UXO assistance in Laos, with forty-percent allocated in the last five years.

Laos receives an annual $4 billion from China in mining, hydropower, and agricultural investments. 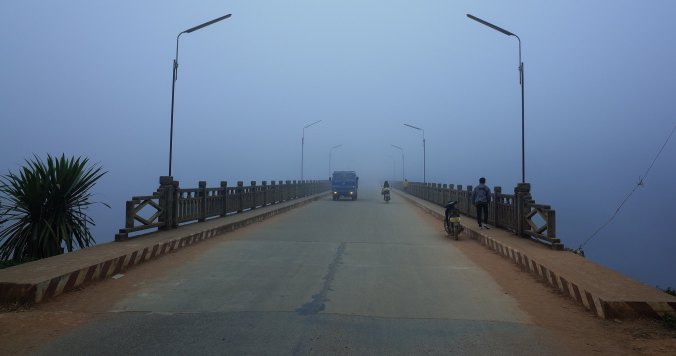 U.S. assistance towards improving UXO clearance efficiency will focus on providing better technology and training programs, assistance for families and victims, as well as developing the capacity of national institutions to absorb this assistance.

In previous years, clearance operators reduced cluster bomb related casualties from an average of roughly 300 per year to 41 in 2013. The increase of resources, if leveraged efficiently, can bolster these efforts and set the stage for significant economic development in the country.

There is a long road ahead – or rather very little road. UXO cover half of the country, and as a result only about 53 percent of national roads and 3 percent of local roads are paved. Additionally, there is no national or transnational railway system, and roughly 40 percent of villages and 10 percent of district centers lack road access during the rainy season. Clearing land from UXOs alone add 30 to 40 cents in cost per square meter of road creation.  As a result, large segments of the population remain isolated from basic social services.

UXO has also impacted critical investments in institutional infrastructure including schools, hospitals, water supply facilities, and power plants as scarce public funds are diverted to clearance efforts. The result has been a slew of development challenges that plague Laos, including falling literacy rates (from 89 percent in 2005 to 77 percent in 2012), poor access to clean water and sanitation, and an inconsistent supply of power.

The proliferation of UXO in Laos has stunted development efforts and prevented the creation of infrastructure needed to attract and absorb foreign investment. For example, the World Bank’s 2014 Doing Business Indicators  estimates that it costs an additional $1,155 to ship a container across a border from Laos than it does to ship one from Cambodia. In addition, investors surveyed complained that even with low-wages, poor physical and institutional infrastructure, and a poorly educated workforce make the labor force uncompetitive compared to neighboring countries like Cambodia.

UXO also severely hampers Lao agricultural productivity and contributes to persistent food crises as farmers are unable to expand production onto otherwise fertile land. Although agriculture employs 76 percent of the population, it accounts for less than 1 percent of total GDP and as of 2011, only 7 percent of total land in Laos is being used for agriculture.

It is within the United States’ interest to ensure a prosperous Laos, and addressing the issue of UXOs is the first step toward this direction. Laos will ascend to the ASEAN chairmanship in 2016, and like its predecessors Brunei and Myanmar, will be well-poised to influence the agenda in the region. To this end, the UXO issue is low-hanging fruit that yields high dividends in terms of both developmental and political gains.  The United States has the chance to construct a new legacy in Laos, and for a host of reasons, it should seize the opportunity.

Elena Rosenblum is a researcher for the Project on U.S. Leadership in Development at CSIS

3 thoughts on “Laos, US Legacy, and Unexploded Ordnance”